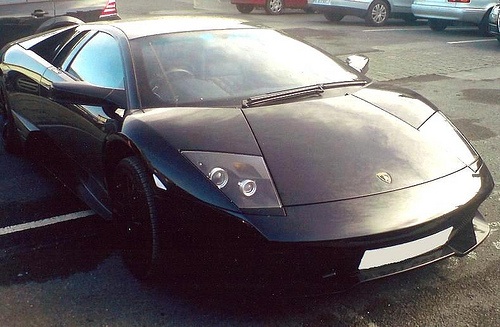 Lamborghini seized by police during a fraud and money laundering investigation. (Source, and background info)

Police and Crime Commissioners will need to ensure that appropriate resources are made available to tackling serious crime.

To often it appears that our society is harsher on an individual who steals a chocolate bar than it is on someone who has stolen millions, I think that needs to change.

As with other less visible areas of policing this is one where the public will be expecting the Commissioner to inform themselves and take a view on the levels of funding and prioritisation of the work. A commissioner will be elected as a representative of the people, that does not mean their role is limited to re-presenting the views of the electorate, they are also the person the electorate delegates their responsibilities to, to make judgements and take decisions on their behalf. As long as a commissioner takes this view I don’t think the risks of Police and Crime Commissioner’s resulting in an excessive amount of resources being diverted to patrolling and neighbourhood policing away from investigations of serious crime will be realised.

I would like to see the police giving people the confidence that they are capable of competently investigating serious crimes, such as online crimes, fraud and misconduct in public office. It’s important policing doesn’t overly focus on simple and straightforward crimes.