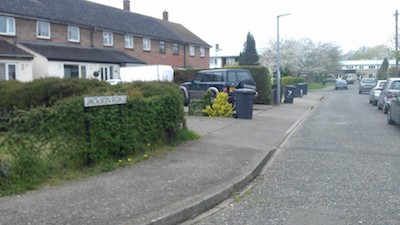 In the last election held in Kings Hedges, the ward in which I live, over 76% of electors in the ward did not vote. In the last Cambridge City Council elections Kings Hedges was one of three wards in the city where neither the Conservatives, Liberal Democrats or Labour put up a candidate who lived in the ward.

Kings Hedges’ existing councillors appear to me to be largely silent; they make few contributions to council meetings and have a very low public profile; there is little sign of activity* evident, or even discoverable for those, like me, who actively try and find out what our representatives are doing on our behalf.

What I Want from a Cambridge City Councillor:

On the 9th of April 2014 a notice of election was published for Cambridge City Council elections to be held on the 22nd of May 2014.

Each ward in Cambridge elects three city councillors; just one seat per ward is being contested in this election (two in Petersfield where there is a by-election).

Nominations are open until 4pm on Thursday 24 April 2014. Those who consent to their nomination and have a proposer, seconder, and eight other nominators from a particular ward will be those who appear on the ballot paper. (Nomination Pack [Word Document via the Electoral Commission] or (View via Google Docs).

At the time of writing the only prospective candidate to have emerged is Martin Smart of the Labour Party, who lives on Warkworth Street in Market Ward, whose first act of the campaign appears to been to delete his @RomseyLabour Twitter account (he has previously stood for election on the other side of the city).

I’m aiming to do the mad job again

However he has not publicly responded to a King’s Hedges resident asking him which ward he is to stand in.

At the time of writing the latest Tweet from the Liberal Democrat team in Kings Hedges is from 10 January 2013; around 15 months ago.

My own position; which I often state, is that I would be prepared to stand if I was nominated, ie. if other residents of the ward genuinely wanted me to. I think it’s right to publish what I want in my elected representative, and I have done this a number of times previously in advance of other elections. eg. the 2010 General Election, and the 2012 elections for Police and Crime Commissioner.

*Labour’s Cllr Kevin Price has recently shown some signs of life; he has made a couple of speeches at council meetings about the availability of social housing in the city, he attended a meeting on anti-social behaviour in the ward, and he even knocked on my door to discuss local issues. This flurry of activity led me to suspect it might be Cllr Price who is up for re-election; but it isn’t, it is Liberal Democrat Cllr Simon Brierley who is coming to the end of his term of office.