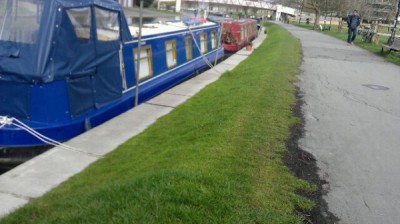 Cambridge City Council has reportedly used tactics one might expect to see in an episode of Spooks, or used in serious criminal investigations, to probe the living arrangements of those living on boats moored in the city.

Amy Tillson, who lives on a boat on the river, and who represents boaters at meetings with the council, has stated council staff have been monitoring boater’s lights, smoke, and even footprints, at various times of the day and into the evening.

It appears the prime aim has been to determine if boats moored in areas the City Council controls are being used in compliance with the residential boat mooring licences the council issues.

As well as the undercover operation it appears the council has carried out a questionnaire and face to face interviews with boaters, during one of which Amy Tillson has stated an admission of breaching the licence terms was made:

@rtayloruk They also wanted to know if boats are sublet (against the rules too). Some actually told the warden they were renting! oops!

Attempts were made to carry out the surveillance surreptitiously; those attending the recent Friends of Midsummer Common AGM were told the council had asked them not to discuss boaters’ compliance with their licence conditions. While the matter was raised anyway by members of the public, the reason for the council’s attempted silencing of the group on this matter was not given during the formal public element of the meeting.

One of the local ward councillors said she was unaware her council required those licenced to moor boats on the city council’s land were required to live aboard them full time:

A freedom of information request I made to the council asking them exactly what they’ve been up to, and what they found, was initially met with a denial that they’d been doing any kind of survey of the boats and those living aboard them.

It will be interesting to find out if the activities of boaters have been photographed or filmed by the council to amass evidence and if the spying work has been carried out by the council’s own staff or if private investigators have been brought in.

At the West/Central Area Committee on the 25th of April I used the open forum to draw councillor’s attention to these signs, and note I could see no visible CCTV cameras. I questioned if the signs were inaccurate, or if hidden cameras had been deployed. I am awaiting a response from the council.

Surveillance by councils of specific people, or groups of people, is regulated under the Regulation of Investigatory Powers Act.

As of 1 November 2012 amendments to RIPA enacted by the Protection of Freedoms Act 2012 came into force meaning court approval is now needed when councils wish to conduct spying operations.

It will be interesting to see if the council’s recent activity targeted against those living on boats in the city has been put to magistrates, and if not how the council justifies not doing so.

As yet the details of exactly what the council has been doing have not emerged, I am still awaiting answers to the questions, and freedom of information request, which I have raised.

I have previously written related articles: