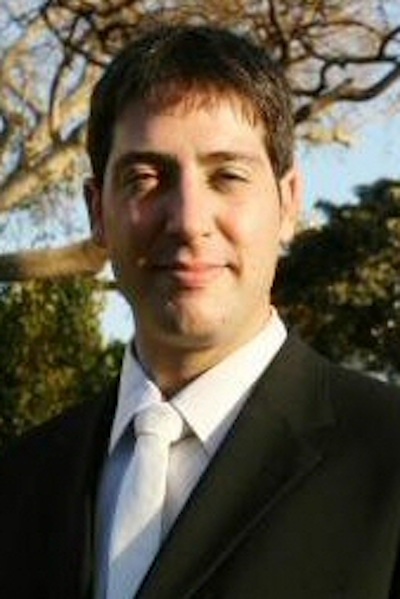 Cambridge University researcher Dr Barak Ariel is recommending Cambridgeshire Police stop and search people in crime hotspot areas even if the officers have no specific grounds for suspicion in relation to an individual. Dr Ariel’s idea is that if the police move their justification for a stop and search away from factors relating to an individual to factors relating to a place they will be in a stronger position to defend themselves against claims race is a factor in their decisions on who to stop and search.

Dr Ariel made his recommendations despite having carried out a significant piece of research which concluded data from Cambridgeshire Police “do not suggest signs of an institutional bias” ie. he found no evidence Cambridgeshire police have been operating their current stop and search policies in a racist manner. Dr Ariel is suggesting a dramatic and in my view potentially damaging fundamental change to policing policy to address “public attitudes and perceptions” even though he has concluded those perceptions (which he hasn’t shown are common in Cambridgeshire) are out of kilter with reality.

Stop and search with no specific individual grounds has been very unpopular when it has been used even in limited circumstances in the UK, and it has been deemed illegal by the European Court of Human Rights. I think if the practice was to be extended to become a routine policing tool those subjected to stops and searches just for being in a crime hot spot area would feel the police action unfair and unjust; I think stop and search without grounds has the potential to antagonise people and damage the reputation of, and the public’s relationship with, the police.

In 2011 Cambridgeshire Police observed their records showed that black people were 2.5 times more likely to be searched than white people in the county. The police force and Cambridgeshire Police Authority, wanted to understand this statistic and find out if it was, or if it pointed to, evidence of racial discrimination. Cambridgeshire Police gave Dr Barak Ariel, from Cambridge University Institute of Criminology unprecedented access to their stop and search records along with their crime logs and asked him to analyse them.

Dr Ariel’s report has recently been released in response to a FOI request I made.

Following his research Dr Ariel is making two recommendations. The first is that the police move away from stopping and searching those they have reasonable grounds to suspect (as regulated by section 2.2 of PACE Code A) to a position where anyone can be stopped and searched if they are in what the police designate a crime hotspot area. I think this is dangerous, misguided and unnecessary. The second recommendation, which I support, is that the police should stop using stop and search to harass the usual suspects in an attempt to “exercise deterrence and control”.

We already have laws enabling the police, in certain designated areas, to stop and search people without grounds relating to a specific individual. Section 60 of the Criminal Justice and Public Order Act 1994 allowing weapons searches in areas where violence is suspected. Section 44, now replaced by S47A of the Terrorism Act 2000 allows groundless searches in areas designated if the police consider they need the powers to prevent terrorism.

Dr Ariel appears to be suggesting police searches without individually specific grounds should become the norm, in an effort to enable the police to give a clearer assurance that the race of subjects has no influence on a decision to stop and search. Dr Ariel writes:

By focusing on hot places instead of offenders, police legitimacy can be more readily justified and the likelihood of intentional disparity is mitigated by crime patterns. It is okay to conduct more stop and searches at high-crime locations, regardless of who is being stopped, because it is far more likely to interact with delinquents at these hotspots. The targeted unit is no longer the person, but the place, so the search is implicitly crime-dependent and therefore can be construed as race-neutral. Of course, if the place itself is populated mainly by people of a certain ethnic group, disproportionality will still exist, however the justification for being there will be unbiased. It is not a panacea, but it can potentially provide officers with a stronger argument for conducting the search.

Searches under S44 have ceased following a ruling in 2010 by the European Court of Human Rights that stop and search without suspicion was illegal. Dr Ariel makes no comment on the compatibility of his recommendation with the European Convention on Human Rights, or on a practical level on people’s impression of if they are being treated fairly by the police.

I don’t want to see groundless searches extended to all crime hotspots. Crime hotspots generally correlate with where there are large numbers of people. Cambridge City Centre is an area where crimes occur at a higher density than the city suburbs. I don’t want to see the police conducting ground-less searches in city centres, shopping centres and the like. I don’t want the police given the powers to stop and search me just because I’ve entered an area they’ve defined as high crime area.

I think people being stopped and searched by the police without specific individual grounds will feel that they have been unjustly and unfairly targeted for a search. Searches under Section 60 of the Criminal Justice and Public Order Act and Section 44 of the Terrorism Act 2000 have been highly controversial despite the fact a very small proportion of searches were carried out under those powers. (There were 1.2 million stop and searches in the UK in 2010-11 just 11,792 of which were under S44 of the Terrorism Act and 60,180 under Section 60. The vast majority of the searches without reasonable suspicion are carried out by the Metropolitan Police, very few occured in Cambridgeshire, just 4 under S44 and 33 under S60 in 2010/11).

I hope Police and Crime Commissioner Graham Bright rejects this proposal to massively expand the use of stop and search without reasonable suspicion in Cambridgeshire.

Stop and search is also used to interact with known offenders and to exercise deterrence and control, particularly with groups of young adults, even when no visible offense was observed. This practice should probably be banned, because there is no legal justification for that.

he makes the suggestion that:

implementing a procedure in which every stop and search of a known offender is reviewed by a senior commander can not only increase the surveillance of such offenders, but it would force the patrolling officers to exercise more discretion than to round up the usual suspects.

The police rounding up the usual suspects, and them feeling unreasonably harassed, was the reason given recently why so many in Cambridge are keen to sign up for police GPS tags, as they feel the police are requiring them to prove their innocence. Cambridge’s South Area Committee recently heard police were stopping and searching people using the Romsey Lakes with a specific aim of making them feel uncomfortable.

Stop and Search without individual grounds shouldn’t be happening now. The police ought be following the law and there shouldn’t need to be a recommendation to ban this practice. If the police are abusing their powers in this way then it ought stop.

Dr Ariel was given access to 53,858 records of stops and searches which took place between 2006 and 2011 along with the “calls-
for-service database for that period” and the ward level crime figures. He concluded that the data “do not suggest signs of an institutional bias” in terms of race based dis-proportionality.

If racist Cambridgeshire [police] abuse their powers but never write it down, it would prove very difficult to understand the scope and magnitude of such abuse, unless it comes to our attention through systematic observations.

I don’t think Dr Ariel has provided any clearer, more useful, or more insightful, analysis of the data than was presented to the Police Authority before his work was commissioned. The 2011 report stated:

There is some discussion of the variation in the rate of arrest following a stop and search across people from different ethnicities, Ariel concludes:

We find that minorities are arrested more frequently than British Whites; however the overall effect size is marginal. Chinese, Blacks (of any kind) and those that refuse to tell their origin are arrested significantly more than others, but similar trends were not detected for any other minority. On the other hand, Asian Pakistanis are arrested less frequently than whites.

However looking at non-arrest disposals the opposite was found:

Asian Pakistanis, Chinese, other Asian backgrounds and those that refused to identify themselves were significantly more likely to receive an informal advice than whites.

No insight into why these variations are observed is provided by the analysis; though various ideas are floated.

Dr Ariel suggests that the differences in the way the police treat black people could be explained by blacks being more hostile to police than any other ethnic group and police officers responding to this hostility by being more aggressive.

Perhaps with an eye to a short snappy quote for a press article Dr Ariel reports those stopped and searched by Cambridgeshire Police are primarily white skinny men, 23 years old with British passports, who are likely to be called Smith, Brown or Jones.

Ariel did not address the question of if European ethnic backgrounds ought be recorded, something which the Police Authority had raised; however he does produce some statistics on the nationalities of continental Europeans stopped and searched in Cambridgeshire.

The Home Office is currently running a consultation on Stop and Search, the closing date for which has recently been extended to September 24.