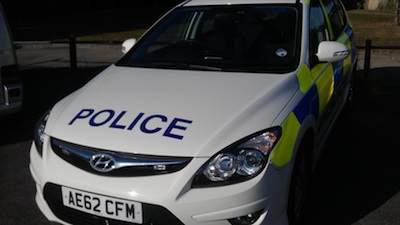 Sgt Jim Stevenson of Cambridgeshire Police told councillors and members of the public at Cambridge’s South Area Committee on the 15th of July 2013 that the “Romsey Beach” is a practically no-go area for police.

The committee heard the “beach” and lakes near Burnside, the Tins path and Spinney School in South Cambridge had been the location of 15 incidents reported to the police on Saturday the 13th of July alone. The meeting was told raves, involving drug taking and loud music, were regularly being held in the area, attracting people driving in from hundreds of miles away, resulting in complaints from local residents.

Police Sgt Stevenson said the police were not keen on entering the area, also known as the chalk pits, after dark on the grounds of health and safety. Sgt Stevenson told the committee that it is not an easy area to access when dressed in full police kit rather than just a pair of shorts.

In addition to the health and safety argument Sgt Stevenson also repeatedly told the committee that the police were not keen to enter private property. Sgt Stevenson said the police would be “trespassing as much as the next person” if they entered the chalk pits without being invited to do so by the landowner.

Giving another reason for not responding to calls regarding raves on the site, Sgt Stevenson suggested the police were not the primary agency responsible for responding to noise complaints, particularly during working hours. The police sergeant stated that playing amplified music outside technically required a licence.

The police stated those swimming in the lakes were putting themselves at risk, as the water quality was unknown and access by emergency vehicles if needed would be effectively impossible. The police also told councillors of inconsiderate parking by those attending raves.

Police Sgt Stevenson suggested the lawless nature of the gatherings at the lakes is probably what attracts people to them, noting many travel from places which are closer to the seaside than they are from Cambridge and many travel past a formal public swimming lake in Thetford to get to the Cambridge lakes.

The police recommended councillors set a priority of tackling:

Sgt Stevenson explained this was his code for the problems with at the lakes, and suggested one approach to tackling the issues would be making use of the site uncomfortable for people through carrying out drug searches. Sgt Stevenson gave no assurance that such searches would be legal and based on specific suspicion that an individual was in possession of illegal drugs.

Cllr Mark Ashton (Labour) who chairs the South Area Committee said that he was aware frustrated residents had been in touch with MP Julian Huppert and Police and Crime Commissioner Graham Bright in their efforts to see abuse of the chalk pits site tackled.

Cllr Russ McPherson said the owners needed to secure the site. (Cambridge City Council owns at least part of the site, so he was presumably, to a degree, talking to himself!).

It was suggested that recent publicity surrounding plans to open up public access to the lakes, which now features in the draft local plan has increased awareness of their presence among city residents.

Councillors decided, without a vote, to set tackling the use of the site as a local police priority.

Most councillors said nothing during this, or any of the other policing items.

Members of the public were only invited to contribute well after the chalk pits, and other elements of the policing item, had been discussed, and decisions on them made, and then only after Chair Cllr Ashton was prompted by Cllr Taylor who urged allowing the public to have a say. No members of the public did say anything (presumably as it was no longer a useful point at which to contribute) and Cllr Ashton declared that the lack of public comment could be interpreted as public support for councillors’ decisions.

Police Inspector Poppitt observed his sergeant’s performance, but did not introduce himself, or make his presence known to the meeting as a whole. Lynda Kilkelly, the Cambridge City Council officer responsible for the council’s efforts to play at policing, arrived at the meeting 35 minutes late and missed almost the entire exchange, she didn’t identify or introduce herself either.