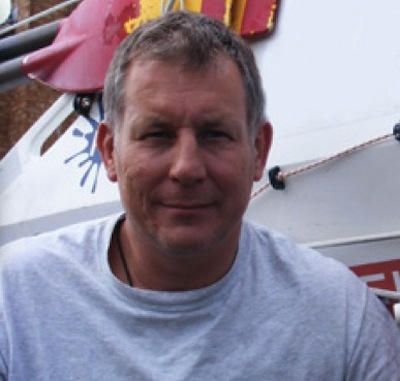 Cambridge’s Community Safety Partnership meeting on the 23rd of July 2013 received a report from Detective Inspector Mick Birchall of Cambridgeshire Police which revealed some of Cambridge’s prolific offenders have been volunteering to wear police GPS tracking tags. The detective told the meeting demand was so great criminals were queuing up to receive the tags and the scheme was going to be expanded over the next year with the police keen to put in more cash despite the costs involved making this a “significant investment”.

The only elected representative on the partnership, Cllr Tim Bick, questioned what incentive offenders had to volunteer to be tagged and have their movements tracked by the police. DI Birchall initially stated there was no incentive and this was simply something offered to offenders which they were taking up. Cllr Bick persisted with his question though, and DI Birchall eventually explained that there were some factors which encouraged offenders to volunteer for GPS tags.

The partnership was told by DI Birchall that when a crime takes place the police use their “intelligence”, and go round to visit, interview, and investigate prolific offenders. Some of these “usual suspects” have become fed up with the regular police attention, and harassment, and have been repeatedly telling the officers who visit them:

I am not committing crimes

DI Birchall told the meeting of the partnership that offering a GPS tag allowed the police to respond:

The deal appears to be that the police are agreeing not to harass these individuals quite as much if they agree to a GPS tag. The police said that the tags do allow offenders to prove that they are in fact not offending.

DI Birchall said that one key mechanism for the tags reducing offending was “breaking up links with criminal peers”; he said that wearing a tag meant offenders, when invited to go on a crime spree, could tell their criminal colleagues : “you don’t want me with you, I’m tagged”. The meeting was told that many prolific offenders have a genuine desire to reduce, or stop, offending but lack the required mental attitude and resolve to enable them to change their lives, he explained that the tag helps them with their efforts to reform.

The meeting heard that those who were tagged had to make a daily visit to somewhere not disclosed for their tags to be charged up. DI Birchall said that even that level of routine was something these prolific offenders found helpful.

Cllr Bick obtained an assurance from DI Birchall that those with the tags could have them taken off on request; he was told that all they had to do was call the police and they’d arrange for it to be taken straight off.

DI Birchall didn’t tell the meeting if the police tracked these individuals live, or if he could call up their locations on his smart phone; he did though describe a routine process for reviewing the individuals’ movements on a weekly or monthly basis and comparing them with details of crimes, and crime trends.

DI Birchall stated that experience elsewhere had shown GPS tagging to be successful at reducing reoffending.

The GPS tagging scheme was included in a report on “Integrated Offender Management” (IOM). There are currently 33 offenders in the “programme”, 17 of whom are currently behind bars. DI Birchall told the Community Safety Partnership that 50% of the cohort were not currently offending, no one sought a clarification of if he meant 50% of those out of jail.

The relevant text from the report is copied below, further information was provided at the meeting:

Following the initial trial of GPS tagging for IOM offenders the police have funded a number of tags for use across the IOM cohort for the next year. This is a significant investment and is designed to further reduce the reoffending of some of our most prolific offenders. This is voluntary scheme with offenders agreeing to wear the tag in order to assist them in reducing their own reoffending. The pilot showed that offenders wearing the tags made a significant reduction in their offending

The picture painted by DI Birchall of the police harassing the usual suspects worries me; we have to allow people to reform, no one should be the subject of police investigations without reasonable and specific suspicion. Many of those on the integrated offender management programme will still be serving sentences, having been released from prison on licence or under conditions or will be under supervision from the probation service, justifying some level of increased contact with various arms of the state. If those who have ceased offending are feeling harassed, unjustly, by the police there’s a risk they’ll think society isn’t prepared to give them the opportunity to reform. Even prolific repeat offenders should be considered innocent until proven guilty in relation to a specific crime; they should not be required to prove their innocence.

We need to help repeat offenders change their lives, address mental and other health issues, find housing, find a a job. This is what we’ve got to do if we want to reduce crime, and reduce the injuries and upset which arise from things like violent robberies and burglaries. I’m often surprised by how many people oppose doing anything to help those who’ve committed criminal offences, and the prevalence of a just lock them up, attitude. Focusing on turning criminal’s lives around makes economic sense, it’s best for those who’ve offended and its certainly good for those who’d otherwise become victims of crime in the future.