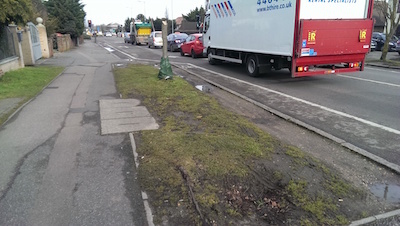 I and others have been lobbying for cherry trees which have been lost from Milton Road in Cambridge to be replaced for a few years now.

Many newly planted trees have been lost to wind damage and more established trees have been felled by Cambridge City Council chainsaws. The street is still beautiful, and striking in the spring when the pink cherry blossom comes out but it appears the council and councillors need constant lobbying to maintain the trees and to replace those that are removed.

I have submitted a representation to the council in relation to their current tree works proposals. I hope this will be timely and prompt more replacement planting than the council is currently suggesting. 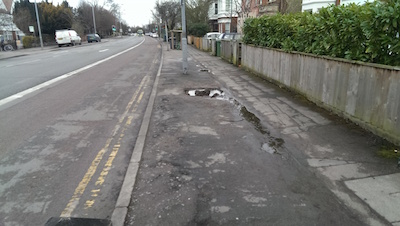 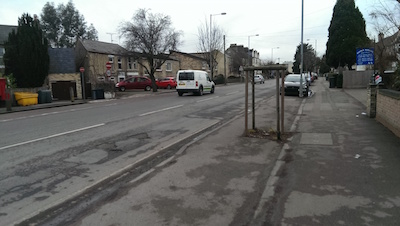 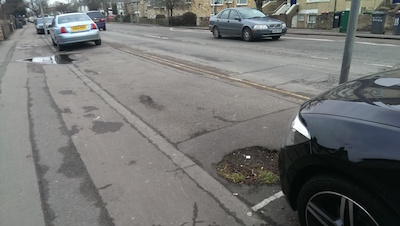 The council is currently proposing planting five new (replacement) trees on the road. (See the tree planting proposals). Four are near the George Street junction which is an area where I have highlighted the failed trees and their replacement is excellent news. 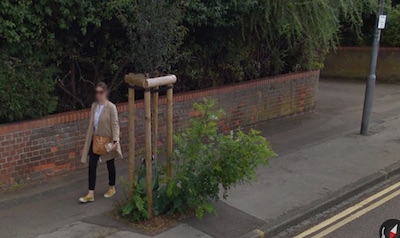 The fifth proposed new (replacement) tree is by Mayfair Court. I don’t think this one ought be replaced where it was – in the middle of a narrow pavement. I think a replacement tree here would ideally require a wider pavement. 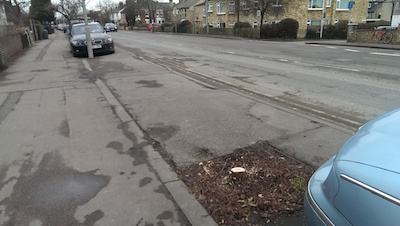 Tree Stump Opposite Herbert Street – No Replacement in Council Plans 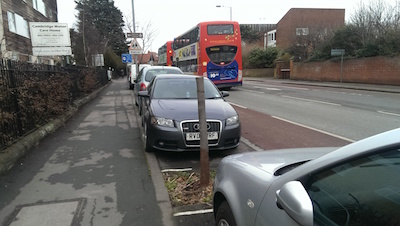 However there are three current “trees” which are just stumps which are not scheduled to be replaced and there is one site of a recent felling at which there is no proposal to plant a replacement tree. These are I think the top priority omissions in the current proposals and I can’t see why there would be any objection to including new trees in the planting works proposed. 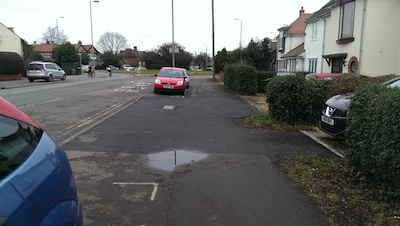 The site of the recently felled tree is on the South East side of the road on the city side of the Elizabeth Way junction. In this case I would suggest explicitly consulting the adjacent property owners on the precise location but a replacement tree ought be placed somewhere in the immediate vicinity of the one recently felled. Perhaps adjusting the parking spaces to make a place for it rather than putting it right next to the property line where the removed tree was.

There are many further sites on the road where there have been trees removed, or where there appears to be space for new trees. Tree sites quickly disappear from view when the trees are removed and the tarmac is patched. 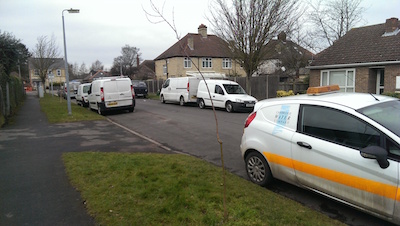 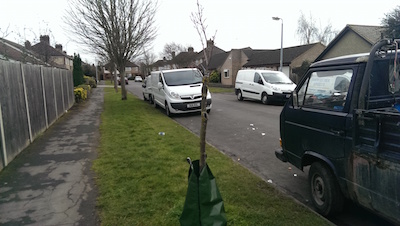 I would also suggest replacing two new trees on Fraser Road which have been badly damaged within a year or so of being planted, and replacing a tree which was lost on the North East side of Warren Road near the corner with Chesterfield Road.

I note the council’s consultation maps state the area of Milton Road where the new planting is proposed is in East Chesterton. It isn’t. It’s in West Chesterton. Such errors may mean councillors miss proposed tree works in their wards, and don’t alert relevant local residents. I have made a ward map of Cambridge available on my website at:

There are a number of other places on the road where I suggest planting replacement trees: 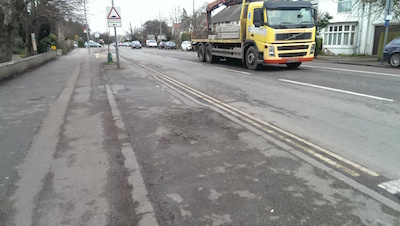 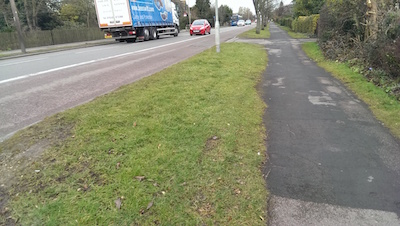 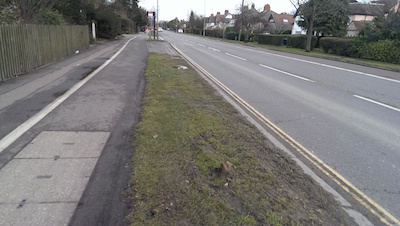 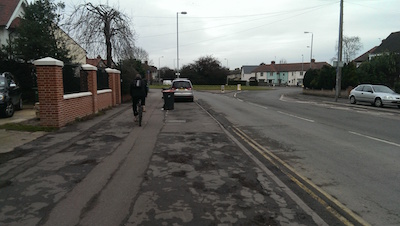 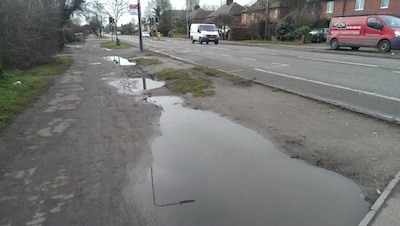 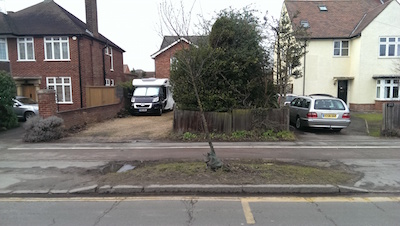 Also the tree opposite 318 Milton Road – a quite new tree is at an almost 30 degree angle and could probably do with being supported and encouraged to grow vertically. 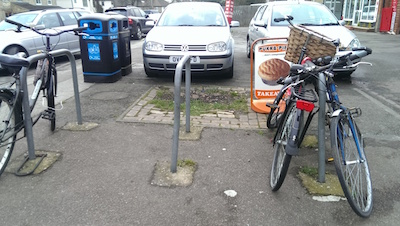 One further suggestion – while the council is in the area perhaps it could offer to replace a tree in the Milton Road shops forecourt – I imagine if the council are doing lots of other near-by replanting they could do this one for a good price for the land-owner and enhance the streetscape.

I see the trees proposed are 2.4m trees; I would prefer to see larger trees planted – we’re seeing a high failure rate and I’d hope larger trees would have a better chance of becoming established.

I would also hope council officers would consider the blossoming periods of the trees to try and achieve both some stretches of simultaneous colour and some varieties which blossom earlier and later to extend the blossom season along the road.