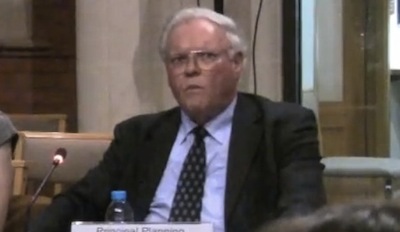 Missing: Police and Crime Commissioner Graham Bright Failed to Make Himself Available to Radio Cambridgeshire to Answer Questions on the Latest Crime Statistics

On the 22nd of January 2015 the UK Government released the latest crime statistics:

Crime figures: Reports of violence against the person up 38% percent and public order offences up 32% in Cambridgeshire.

Crime figures: Latest statistics show a rise of over 50% in number of sexual offences reported to @CambsCops

I have extracted the Q1 2013/14 and Q1 2014/15 figures for reported sexual and violent crime in Cambridgeshire out of the published statistics:

These figures do on first glance appear very alarming; they suggest Cambridgeshire has become less safe and crime levels have rocketed. Police crime statistics and levels of crime are though two completely different things.

One key piece of missing information from the national statistics is how many of the violent crimes are domestic violence. The reason this is important is the police, and local councillors, have been trying to get the number of domestic violence cases reported to increase for a couple of years now. The police and councils have taken steps to encourage reporting of this type of crime.

More reports could reflect that this strategy is working and people are more prepared to come to the police.

While these statistics have just been published nationally we have been seeing similar statistics locally over the last year or so. I and others have asked for the different types of violent crime to be separated. For example the police have told Cambridge’s North Area Committee that a lot of violent crime recorded in their area is between criminals who know each other. I think this is quite different from domestic violence, and from violence from strangers against people in the city’s roads and public places, and should be reported separately.

Rather than rely on police statistics to assess the effectiveness of policing and how safe Cambridgeshire is I would rather we looked at the number, and severity, of injuries caused by criminal acts. If we saw a reduction in injuries from one period of time to the next we would really know for sure that there was a significant improvement of people’s lives, with a reduction in trauma, pain, disfigurement and disability which can be the consequence of injuries.

I have campaigned for this for many years, and continue to do so, for example at the South Cambridge police priority setting meeting in July 2012, and at Cambridge’s North Area Committee in November 2013 and December 2014:

The 50% increase in sexual crimes is based on some relatively low numbers when compared with violent crimes. When the absolute numbers are lower, fewer additional crimes result in higher percentage increases so it’s important to look at the number as well as the percentage rise.

This is a national trend and the report states:

The numbers of rapes (24,043) and other sexual offences (48,934) are the highest recorded by the police since 2002/03. As well as improvements in recording, this is thought to reflect a greater willingness of victims to come forward to report such crimes.

The increase in people coming forward to report sexual offences is likely to be due to a wider ‘Operation Yewtree’ effect, where victims of sexual offences that are not directly connected to Yewtree are now reporting these offences to the police.

On the sexual crimes we need to know if the reasons given for the national trend apply in Cambridgeshire. I would also like to know if the cases being reported in this time period took place in this period or if they include historical cases people are now having the confidence to report.

There has also been pressure on the police to record reported sexual crimes; so improved practices there may have led to an increase in the statistics.

On the violent crime I think the key question is:

How much of the increase in recorded violent crime in Cambridgeshire is due to increased reporting of domestic violence?

I would hope that either the Police and Crime Commissioner or Chief Constable would be able to provide us all with an assurance that despite what the figures appear to indicate at first glance that Cambridgeshire has not suddenly got less safe.

Crime Survey for England and Wales

The police recorded crime figures were released alongside results of a highly reputable and long running survey, previously called the “British Crime Survey”, which questions around 50,000 people per year on their experiences of crime. (There are problems, it doesn’t cover all offences eg. as it’s hard to ask people if they’ve been murdered, and less flippantly face to face surveys asking people about sexual crimes are not expected to produce accurate results).

The survey results for this year report the lowest number of incidents the survey has found since it started in 1981.

Teenagers hanging around on the street

Discussion on the Radio

Due to the absence of the Police and Crime Commissioner or anyone from the police prepared to answer questions I got to discuss the statistics on Chris Mann’s BBC Radio Cambridgeshire’s Drivetime show, with Paul Bullen of UKIP: