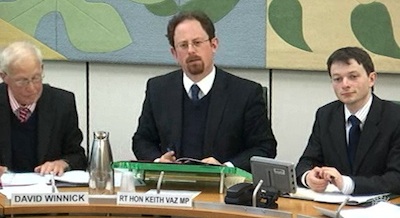 The Home Affairs Select Committee has been holding an inquiry into Police and Crime Commissioners. As far as I can see they’ve never published a specific call for contributions from the public, but the committee’s home page links to guidance for those submitting written evidence.

While the investigation’s webpage states: “Inquiry status: oral evidence concluded” the report hasn’t been published yet so a submission might still be timely. The evidence sessions held to-date have considered the operation of both Police and Crime Panels and Police and Crime Commissioners.

I have submitted the following, which is formatted and structured in-line with the published requirements:

Written evidence submitted by Richard Taylor in a personal capacity in relation to the committee’s inquiry on Police and Crime Commissioners.

My Publication of This Submission

The guidance on making submissions states:

Once submitted, no public use should be made of any submission prepared specifically for the committee unless you have first obtained permission from the clerk of the committee. If you are given permission by the committee to publish your evidence separately, you should be aware that you will be legally responsible for its content.

I have ignored this in the interests of transparency, however at the risk that it may cause my submission to be rejected. Even if the submission is rejected on the grounds I have published it I feel I’ve done what I can to draw the committee’s attention to some aspects of what’s happening in Cambridgeshire.

I hope publishing a submission to a committee is not considered actionable contempt of Parliament; if it is I’ve unwittingly done it before and no-one complained, though I see I have in the past followed a request not to publish a submission, at least until after publication of a report.

This term refers to disobedience to, or defiance of, an order of the House, or some other insult to the House or its dignity or a breach of parliamentary privilege

I suppose failing to comply with published guidance might come under that, however:

In the House of Commons contempts are referred to the Committee on Standards and Privileges but any decision must be agreed by the House.

If true that appears to make action against my publication of this blog post implausible and there doesn’t appear to be a realistic risk of me losing either my freedom or my house as a consequence of publishing this article.