Could you please let me know why there are two re-deployable Closed Circuit Television (RCCTV) cameras in Martingale Close. I note that a least one local resident did not immediately realise what the objects were which had appeared on the lampposts.

This leads me to question:

As you know I am in favour of better signage of the CCTV cameras, and for signing in the area they cover, not just the poles. ie. the usage of the cameras should be in line with the CCTV code of practice which states:

“Publicity will be given to the system by clear signing within the monitored area. This will ensure that both the maximum deterrent value is achieved and that the public are clearly aware when they are in a monitored area. “ 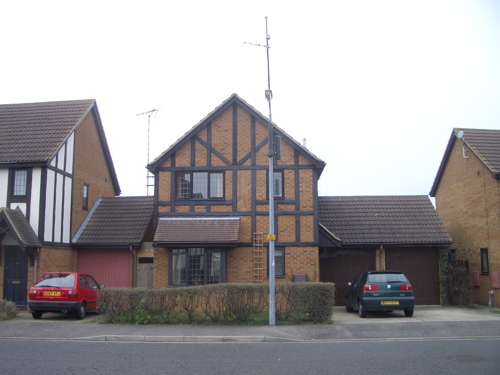 This latest deployment in Martingale Close is in a quiet residential area and one camera is right in front of someone’s house just 3 meters or so from their upstairs windows. I think the invasion of privacy is too great with this deployment of the RCCTV.

Can you let me know a bit more about how the restriction of the viewing angle of these cameras has been set as to me it appears that there are very few angles of view for the cameras which would not result in them looking into people’s homes. eg. Are they fixed on the roadway? Has the zoom level been restricted?

While I’m writing to you on the subject of CCTV I would like to take the opportunity to note:

I received a rapid reply stating:

The cameras are covering this area at the specific request of some residents and we have had a number of telephone calls from other residents in Martingale Close telling me how pleased they are that the cameras are there. They have been put up for about 4 weeks to deal with issues around Anti-Social Behaviour in the area.

Martin later stated that the signs went up with the cameras last Friday.

I was a bit disappointed with this reply, as I had asked for details on the privacy zones, not just reaffirmation of their existence. Details of what type of anti-social behaviour was a problem were not given, without this I can’t really judge if CCTV is an appriopriate response. If they are in response to scooter / mini-moto other bikes then the cameras are only any use if the police are prepared to prosecute people on the basis of video/photographic evidence, which currently in the North Area of Cambridge they are not. I would prefer the RCCTV to be placed outside the homes of those who own and mis-use these bikes (on roads the other side of Histon Road) rather than on Martingale Close.