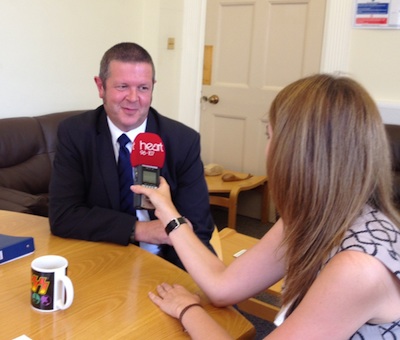 Earlier today Cambridgeshire County Council announced it had reached an out of court settlement with guided busway contractor BAM Nuttall.

Leader of the council Cllr Martin Curtis decided to make the announcement in a secret, private, briefing for selected, friendly, invited, members of the press.

Writing on his blog Cllr Curtis described his chosen journalists as “challenging but fair”.

I wonder if he might have received even more challenging scrutiny had he made his announcement in the council chamber and taken questions in public from the elected representatives of the people of Cambridgeshire?

Quite what’s gone on; I don’t know, the deal has been cooked up, and then approved by party leaders behind closed doors. I’ve only half jokingly suggested this case, described by the council as their builders trying to charge them almost twice the price quoted for constructing the busway, might well be one for the BBC’s Rogue Traders to investigate:

Will @CambsCC be asking @MattAllwright to carry out the review of their experience with "Rogue Traders" BAM Nuttall ? http://t.co/KSCy4UiQUO

I think we need greater transparency. When companies are working on public projects, being paid by the taxpayer I don’t think they ought have their contracts, and dealings, kept secret on the grounds of “commercial confidentiality”.

I have asked my councillor if she was invited to Cllr Curtis’ announcement and if she was given the opportunity the invited press were to ask questions:

Cllr @FiFlowertot did you go to @CllrMCurtis' announcement on the guided bus settlement today? Did you get opportunity press got to ask Qs?

As yet Cllr Fiona Onasanya has not replied.

The Busway … has helped to reduce traffic levels on the parallel section of the A14.

However the council’s own traffic monitoring report states that while traffic levels are down 1.9%; even greater reductions were observed on other stretches of the A14, and the suggestion is therefore other factors, such as the general state of the economy, may be responsible.

One comment/update on “Busway Announcement Made to Press not Councillors”