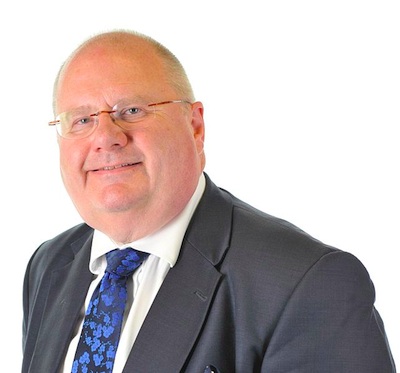 The release is sub-headded: “Abuse of state powers as councils threaten bloggers with arrest” and states:

Local Government Secretary, Eric Pickles, today warned that freedom of speech and independent journalism was under attack in local government, following local residents being threatened with arrest for filming and reporting meetings.

As well as pointing to my tips for observing and reporting on public meetings in local government the press release contains a list of case studies of “not so open” local councils which mentions my battle to film at Huntingdonshire District Council where I was given the impression the police were to be called due to my presence seeking to film.

Minister Pickles is quoted in the press release as saying:

Heavy-handed councils who call the police to suppress freedom of speech are abusing state powers.”

Minister Pickles has not yet been moved to announce a new law requiring local councils to open up their doors to those wishing to effectively report on their meetings, including by tweeting, filming and taking photos. Pickles is stuck between his desire for transparency and his desire for localism, he’s trapped between the two when local councillors aren’t as keen as he is for their constituents to be able to find out what they’re up to.

The change does need to come from councillors, even if eventually a new law is needed to push them into it. We all need to choose people who will operate in an open and transparent manner to represent us and run the areas where we live. Allowing people to film, and tweet from, council meetings is just one small part of ensuring its as easy as possible to find out about, and understand, how councillors are fulfilling the role they are elected to.

As a press release needs some content, and Minister Pickles isn’t yet announcing a law to require councils to open their doors to those wishing to tweet and film local government proceedings, he has selected a smaller target, over which he exerts more direct control, the planning inspectorate.

Pickles has announced an plan to introduce guidance (not a law) intended to allow people to “report, film and tweet planning appeal hearings”. Planning inspectors who work on behalf of the Secretary of State will presumably feel they ought take more notice of the minister’s guidance than councillors do.

Exposing more of how the state works is a positive thing as it allows people to look at what’s going on and take a view on if they agree with it or not.

Planning appeals are heard, and determined, by an inspector appointed by, and responsible to, the Minister for the Department for Communities and Local Government. Inspectors generally have no connection to a local area and planning decisions which go to appeal are taken out of the hands of locally democratically elected and accountable councillors.

I would rather see democratic legitimacy retained and an initial appeal, if there were grounds for one, decided upon by another group of councillors. It might be possible to keep some of the benefits of a full-blown planning inquiry where barristers can cross examine those presenting arguments in front of a planning inspector playing the role of “judge”; perhaps a panel of councillors could play a role of “jury”, but with deliberation in public? (Most appeals could simply go to another committee and involve much less drama, time and expense).

Planning hearings are generally held during the day on weekdays; allowing live reporting and filming will open them up to more people who will be able to develop informed opinions on how we make key and contentious planning decisions within our society.

The government sent me an embargoed copy of the press release, which I used to write this article. I think embargoes have had their day, but if material is to be released early it ought include the URL where it will be published allowing articles such as mine to cite their sources as soon as they are published.