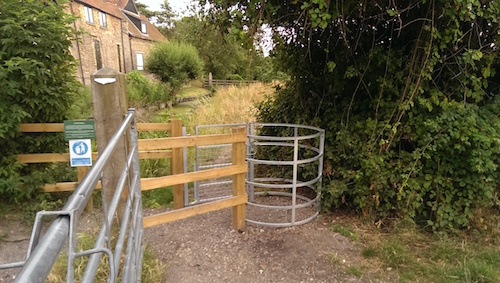 Public access to part of Ditton Meadows near Fen Ditton appears to be at risk. Landowners Gonville & Caius college have recently installed new gates and have re-routed one of the most popular footpaths away from the riverside into the adjacent field.

In my view Gonville & Caius’ actions have amounted to the obstruction of path which has been in long use and ought now be considered a public right of way.

The pedestrian gate at the Fen Ditton end of Ditton Meadows has recently been reconfigured to provide access to a different field than it used to. The footpath access gate no longer provides access to the riverside field.

I suspect the college may have acted in an effort to prevent the currently well used path being registered as a right of way in advance of the cut-off date of 1st January 2026 set in the Countryside and Rights of Way Act 2000 after which all unregistered historic rights of way will be “extinguished”. I would like to see the established, riverside, route recorded.

Official maps, including Ordinance Survey maps, of the footpath in the area do show the path to be away from the river, behind the hedge, however in my almost fifteen years of visiting the area that route has been almost entirely unused with almost all those travelling through the area using the established path in the riverside field. Maps do not reflect the actual location of the path. For much of the year the route of the path as on maps is impassable due to flooding or mud.

I would like to see greater access to the rural areas around Cambridge for both pedestrians and cyclists. I think this latest apparent restriction in access is a move in the wrong direction.

I like walking and cycling by the river in this location and am very concerned that the established path may be lost. 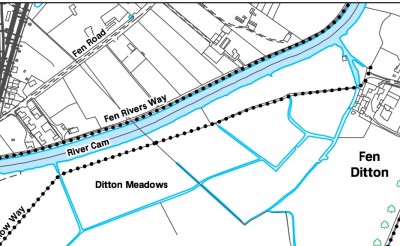