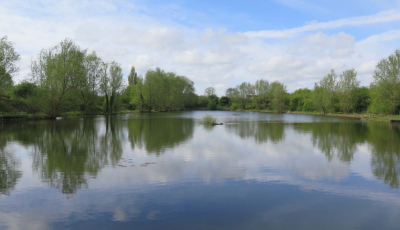 A planning application for the first phase of the Chisholm Trail cycle route has been submitted and a consultation is underway.

Overall the Chisholm Trail route is a largely low, or no, traffic walking and cycling route from Cambridge Central Station to the planned Cambridge North Station. The initial phase of the route goes from Coldham’s Lane, accross Coldhams Common, past Barnwell Lake, under Newmarket Road, past the Leper Chapel, onto Ditton Meadows, to the proposed new bridge over the River Cam (which is the subject of a separate planning application) and onto the new Cambridge Science Park station, the busway and beyond by crossing Fen Road and going along Moss Bank.

I strongly support the proposals which will make cycling and walking a more attractive option for people travelling in Cambridge; it will also open up public access to views of Barnwell Lake which will be a lovely thing making the city a more pleasant place to live.

There are no, or scant, details of elements such as the proposed sculpture, signage for the route (on it and around the city), lighting, road markings at junctions and crossings, and winter safety features such as electric de-icing and high-grip surfaces in the application. I have suggested in my representation that these elements are publicly consulted on, and considered by local elected representatives, before they are approved. Some of these elements such as signing the new route from around the city might well go beyond the scope of the planning process, perhaps the decision notice might include an “informative” statement how such matters will be determined.

My representation, which was intended just as a quick note of support, given there are objections from some on environmental grounds related to the impact on Ditton Meadows:

I support this application.

The proposed cycle route is entirely in line with the City Council’s transport policies, particularly policies 8/4 and 8/5 of the 2006 local plan and has the support of both Cambridge City and Cambridgeshire County Councils.

I support the removal of the poor visibility corners on the foot/cycle path under the railway bridge next to the River Cam. The current arrangements do bring cyclists and pedestrians regularly into at least near-miss situations.

The underpass under Newmarket Road will enable people to walk and cycle without crossing a busy road, this in particular, and the route as a whole, will make cycling and walking attractive to a wider range of people, with positive impacts on people’s health and on reducing the use of motor vehicles. The pressure on Cambridge’s roads means any shift to walking and cycling (or potentially in the future the use of other vehicles such as small electric vehicles on the cycleways) will make it easier for all to get around the city.

At the junction of new route Coldham’s lane and Fen Road the existing highways are outside the red lines of this scheme, however there will be impacts on them. I would expect in the future for there to be new lines, signs and surfacing, on the highway in these areas showing the route of the trail, setting the degree of priority given to those using the trail, and making clear to other road users the potential presence of trail users. I am surprised the treatment of the adjacent highway isn’t covered in the application. Perhaps details of the adjacent highway treatment could be considered in a condition, and brought back to a future committee after plans have been consulted on and developed with input from the public and elected representatives; Cambridge City Council’s area committees could be used?

Details of seating, sculpture and signage (directional and providing information on locality/environment) within and beyond the route are not included in the application. I suggest a condition ensuring, so far as possible, these details are also brought back for approval by councillors, in public, following development of proposals with with input from the public and elected representatives, and again I think Cambridge City Council’s area committees could be used.

I would like to see consideration given to the winter safety of the route, particularly inclined sections, in icy weather. I would like to see conditions requiring surfaces providing sufficient traction, and perhaps electrical de-icing on the bridge approach ramps and on the the accesses to Newmarket Road.

I support the lighting principles as set out in the application; but think the lighting details are important some arrangement should be put in place to ensure the lighting detail is consulted on and developed with input from the public and elected representatives; again Cambridge City Council’s area committees could be used.

I think the improved public access to views over the lake will make the city a more pleasant place to live and are a fantastic side effect of the proposal.

Unlike at Cambridge City Council the policies surrounding the implementation of the County Council’s online planning system don’t appear to result in the proactive publication of all submitted comments. Had I had access to others’ comments I may have been able to respond to them, or build on them.