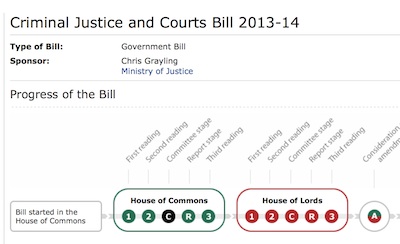 In a first for me I’m going to be debated at Cambridgeshire County Council’s full council on Tuesday the 25th of March 2014.

Local blogger Richard Taylor recently demonstrated at Cambridge City Council how easy it is to do this via YouTube, a Laptop and the public wireless

Further, in the case of video recording & streaming, Council notes:

To improve the transparency of local Government, Council resolves to:

asks the Constitution and Ethics Committee to amend the current & new constitution, in operation from 13th May 2014, to have the individual voting records of Councillors published on the Council’s website.

Cambridgeshire County Council is already very accessible to those wishing to record, report on, and publicise what souncillors are doing. Agendas carry the following notice:

The County Council is committed to open government and members of the public are welcome to attend this meeting. It supports the principle of transparency and encourages filming, recording and taking photographs at meetings that are open to the public. It also welcomes the use of social networking and micro-blogging websites (such as Twitter and Facebook) to communicate with people about what is happening, as it happens. These arrangements operate in accordance with a protocol agreed by the Chairman of the Council and political Group Leaders which can be accessed via the following link or made available on request: http://www.cambridgeshire.gov.uk/council/democracy/recordingofmeetings.htm

The council even provides public WiFi. There are though a few minor wrinkles. At one meeting the then vice-Chair of the council, ex councillor John Powley wrongly told me the council maintains a list of accredited media who are given exclusive access to the chairs and desks at the back of the council chamber. Since ignoring ex Cllr Powely I have experienced no subsequent problems using the furniture. The council also requires those attending public meetings to sign in and provide their names; though recently this appears to have been waived for full council meetings.

On voting I have myself obtained a voting record for a full council meeting via a Freedom of Information request; and have published the video of the results of a vote on YouTube. I would like to see the council proactively publishing the votes information in a reusable format.

If I had drafted, or had the opportunity to amend, Cllr Manning’s motion I

I think it would be excellent to see some of the council’s legions of officers doing more to share how the council operates with the residents of Cambridgeshire. The council currently makes it difficult to follow how councillors make decisions, with information on democracy deep within the council’s website and often accessible only via drop-down menus. Council officers using lots of Microsoft software may not realise a Word document is not the easiest format for many people to deal with.

The leader of Cambridgeshire County Council has announced his resignation as leader, in his article explaining his decision he states:

Other elements of Cllr Curtis’ reasoning for standing down appear to show a dislike of open and transparent democracy; he opposes a committee system which will see more debate and decision making occurring in public.